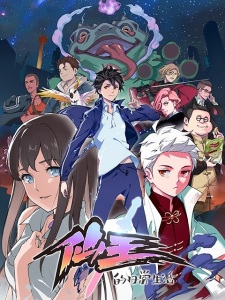 Plot Summary: As a cultivation genius who has achieved a new realm every two years since he was a year old, Wang Ling is a near-invincible existence with prowess far beyond his control. But now that he’s sixteen, he faces his greatest battle yet – Senior High School. With one challenge after another popping up, his plans for a low-key high school life seem further and further away…

Other name: The Daily Life of the Immortal King; 仙王的日常生活