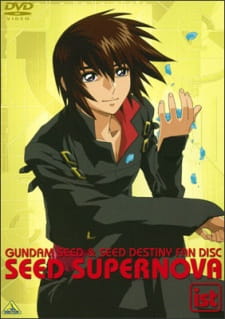 Plot Summary: The first two shorts feature the original SEED cast and deal with an attempt by Yzak Joule to reclaim his his honor from Athrun Zala after having been one-upped at seemingly every contest with him since his childhood. The last two shorts feature the Minerva crew sent back in time on comical missions from Gil in an attempt to disrupt key events of the Seed era with disastrous yet hilarious effect.