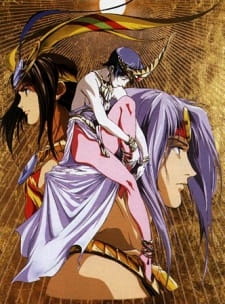 Plot Summary: Miura Kyoji, a dedicated kendo student, discovers that his shisho (master) Tate Masanari is a reincarnated Incan warrior named Yawaru who wishes to destroy the world to purify it. Kyoji himself is the warrior Bilka, who foiled Yawaru's plans in their previous lives. Yawaru gathers other awakened spirits to release the powers of nature. Now Kyoji must wrestle with his own fate and decide if he is merely a vessel for the reincarnated soul or if he is truly Miura Kyoji and which will be better able to save the world and the future as he knows it.