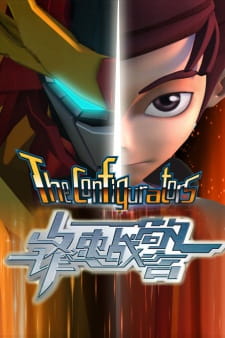 Plot Summary: During ancient times, the hostile jellyfish-like aliens invaded Earth. One of the genius ape-man possessed the high-technology Dinosaur Configurator and defeated the aliens and saved the world. In present days, Configuration Technology has changed the entire world. Andy, Toothy and Hero have to defend together with the Super Force the world from the criminal scientist "The Mole" and the Space Jellyfish leader that invaded Earth millions years ago. The Space Jellyfish leader is trapped on Earth for many years and hopes to gain back its energy to conquer Earth again. Andy and his friends need to train and defend the Earth with their hi-tech robots -- The Configurators!

Other name: The Configurators; 锋速战警