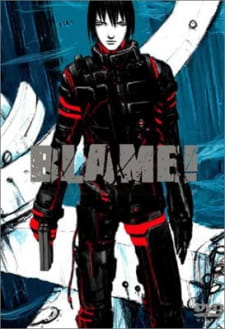 Plot Summary: The story takes place in a city where it's said that has thousands of levels. In a shutdown area, thousands of levels overlap each other, you couldn't tell the sky from the ground and you couldn't tell which way is up or which way is down. Maybe the original purpose of this story is to unravel the mysteries bound in this time and world. For the humans who found this vast rare multi-level city, the mysterious main character "Kirii" wanders to search for the "Net Terminal Genes" that were not infected. Kirii's burden and his search for the "Net Terminal Genes" is a goal like no other and is very much the mystery of this story. Log1~Log6 contains the story of Cibo that wasn't done in the original works. The Cibo who strayed away with Kirii and wanders about. A disc thrown away in the rubble. Cibo starts downloading. Just who's "Memory" will he end up with?